Finally, flat-white coffee has never tasted so good, a pint of beer has never been so refreshing and sitting on a terrace with friends without a mask has never had as much of a positive impact on my mental health… The streets of Paris somehow look like the streets of Paris once more. Something new may be visible again.

What if the machine stopped?

We have spent so much time on our own, in the same four walls and in front of machines that the appreciation for people laughing, talking and discussing loudly is surprisingly overwhelming. What once was fastidiously frowned at as background noise, now is a welcomed sign of liveliness, of happiness. It is as if the machine had stopped…

Still unclear of the connection in my mind, I could not help myself but to think of E.M. Forster’s novel “the machine stops”, while sitting on a terrace. Unsuccessfully published in 1909 it used to be flagged as a dystopian, crazy and rather bad science fiction story. Looked at from a contemporary point of view that acknowledges today’s world, based on cloud-computing, algorithmic decision making, unhealthy outside-living-conditions, as well as social distancing et cetera, the book is a beautifully written and imaginative, violent slap in one’s face.

“Fast communication tools, on which members of the preceding civilisation have placed all their hopes, were finally the essential cause for their doom. (…) Human beings moved their bodies very rarely, all agitation was concentrated in their mind.”

E.M. Forster in “The Machine Stops”

We are going through, what I would call, “schizo-phrenetical” times: increasingly fast and more split than ever. On one hand, the world has statistically never been as wealthy and healthy as it is currently. It has furthermore never been as connected as it is now. The machine has brought us some clear upsides.

But on the other hand, the abyss between a few wealthy guys with their machines and the rest of the world is questionably cleaving. We are socially more and more distant, Covid is just an unwelcomed accelerator, not the cause. Nicolas Laugero Lasserre said here that digitalisation would often entail individualisation, because even as a group of several people online, we would still somehow remain alone in front of our single screens. This is not the healthy solitude that Benjamin Franklin acknowledged as an agreeable refreshment to a busy mind (Newport, 2019). Quite the opposite, it is Solitude Deprivation, while being alone and lonely.

Have you ever google-translated anything into body language?

The repercussions touch on everything, education included. “The effect of more hours spent on screens means that we are spending less time practicing our human skills in person with others, decoding facial expressions, body language, nonverbal cues, and tone. As a result, advancing technology is doing much more than changing the nature of work, it’s also changing us (Weise, 2021).”

I had the honour of interviewing Marc Drillech for our thoughtleader series this week. Being one of the greats in the French education system, he has been working on the friction that technology has brought to teaching and learning for more than 15 years already. One of his proposals directly concerns the essence of education, of a school: “We know, experience and profoundly believe that a school is not only here to pass on knowledge, quite the contrary, but to shape individuals. Education has to be personal, collective, humanistic and quotidian. It is made of exchanges, mobilisations and projects. The human aspect is way superior to any machine, if relations are central (Drillech, 2021).”

The machine did not stop and will not for quite some time. It will probably never and that is ok, as long as we continue to become fully human again. We used to be human beings, amazing machines. We are in possession of a mind that is able to theoretically explore and mathematically explain the world and how it functions, as well as having inexplicable but real feelings no one can ever understand. We are living in a body that is able to run 100 meters in under 10 seconds, as well as 1036 km in twenty four hours.

I agree with Monsieur Drillech, when he says: “My words may sound very “has been”, but I foremost believe in all things human with all their defaults and only then in machines.”

This article is based on our newsletter “thoughts&coffee” published on 28.05.2021. 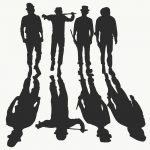 do you mind control? 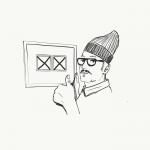 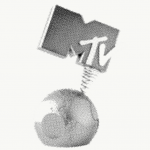