“The more time we spend emailing, the less happy and more stressed we become.” Quite the statement, but understandable and widely shared, especially after multiple months of remote work.
In 2017, during changes to the French labour law, an attempt to preserve the so-called right to disconnect went into effect. Companies with fifty or more employees were required to negotiate specific policies about the use of email after work hours. BMW followed similar goals to reduce the time that workers spent with emails during the evening or over the weekend. The group imposed the 20/08 rule for its entire staff, allowing them not-to-answer emails from eight at night until eight in the morning.

Those intentions are laudable. They may even have a certain effect… So why are we still feeling overwhelmed by our filled inboxes?
Researchers have found clear connections between e-mail and unhappiness. A study, published in 2019, looked at long-term trends in the health of a group of nearly five thousand Swedish workers. They found that repeated exposure to “the need to be constantly connected” was associated with “suboptimal” health outcomes.
We don’t really need research to capture something that most of us feel intuitively. Whether one works in an office or from home, everybody seems to somehow suffer from overload on a daily basis.

Luckily Tim Feriss came up with a seemingly amazing solution. In his book of the 4-hour week, he shared the trick of answering email only twice a day. A perfect and easy thing to apply for teachers or students!
They both spend most of their day in a classroom, interacting with each other. They should by fact already only answer emails in the morning, before class and in the evening, just  after teaching, shouldn’t they?
Apparently no. Researchers from the University of California placed thermal cameras below forty computer monitors, allowing them to measure the heat blooms on a person’s face indicating psychological distress. They discovered that batching in-box checks is not a real solution. For tutors, but especially for students, batch checks of email  may actually stress them even more. I call it Academic-FOMO. Our already stressed students worry about all “the urgent messages” from the school or tutors they had to ignore, while they were doing what they came to do in the first place: to learn.

also read  on idealism and the new realism

When did emptying an inbox become synonymous with getting work done or with studying? How did the quickness of answering emails, rather than its precision or empathy, become a key performance indicator?

If my house is on fire, I don’t contact the fire department via email. Urgent or important matters can never be dealt with this way. Phone calls or physical meetings are crucial. If one decides not to call or to meet because one doesn’t want to disturb, the issue is simply neither urgent, nor important. Hence it can wait, as well as the answer to it.
Just because it’s possible for us to send and receive messages incessantly through our waking and sleeping hours doesn’t mean that it is a sustainable way to exist. We are humans, not network routers. We need more than simple connections through messages, we need human interactions and sensorial experiences in order to communicate, to understand.

Although sent to you in the form of an email, I sincerely hope that these thoughts have not added too much inbox-stress. Have a great weekend.

This article is based on our newsletter “thoughts&coffee” published on 29.10.2021 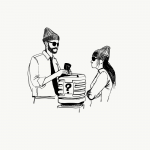 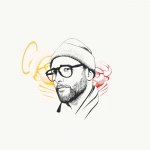 Soliloquy about Google and Education 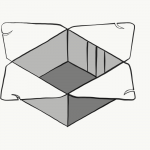 re-thinking the box, from inside