Back to the Future

When Covid-19 hit back in 2020 and universities all over the globe were forced to switch from a physical to a digital, distributed environment, transitions were made as good and as quick as possible. Emergency budgets were found at a high cost, often economically, but mostly within human resources. Since then, haven’t we all asked ourselves how successful it may have been? Every institution has run their proper surveys and come up with findings, hopefully informing a long term digital strategy.

Times Higher Education has tried to address similar questions in their Digital Teaching Survey (2021). Carried out between October and November of last year with the help of 520 participants with a majority of 334 from the UK and a total of 46 countries across all continents represented.

Last week, an article with results and general feedback, written by Paul Jump, was finally published. While going through the report multiple times and while applying different paradigms of interest, I have been getting a lot of confirmation and answers. On the other hand I was also hit with surprising facts and questions. One thing seems to be clear, digital transformation in Higher Education is a perpetual process in need of a complete change of academic and management culture.

The bigger picture, not the brushstrokes

The report is filled with citations, percentages and a lot of very detailed information and histories. It brings light to a whole new spectrum of issues, we did not see, acknowledge or understand in the world of pre-covid-19. We did not need to. “It seemed obvious that teaching could be done effectively online. Indeed, some higher education institutions have been doing just that for many years, but most contented themselves with blended learning, secure in the assumption that even students born into the digital era would still value the full campus experience (cit).” A virus, or better the resulting disruption of everything “holy and known” following its spreading made it clear that we were not ready. We will probably never be.

Whereas 30 pages of the report explore multiple first-hand experiences in detail, the main issue of Higher Education overarching the report, seems to be a profound lack of leadership, agility, transparency and therefore trust in most of the institutions. Logically, this main issue then trickles down creating misunderstanding and miscommunication almost everywhere, which results in a physically and mentally experienced higher workload, stress, anxiety and other health issues. More so, it also augments the deeply felt differences between the c-suite, programme management, and hourly paid gig-tutors, just to pick a few involved stakeholders.

The point of views, opinions and reasoning of management staff with a more strategic and “unphysical” daily connection to students is most often opposite to the tutors’, with student-contact time now reaching way beyond their usual teaching, admin and preparation tasks. University staff seems to live in two separate universes, with a more or less small frozen middle, neither agreeing or disagreeing with anything, separating them.

Reality comes with the second wave

As a start, it is important to state that 47 percent of respondents thought to be well supported by their institutions to make the initial transition to a digital delivery and remote work at the beginning of the first wave. 33 percent were not. It is very likely that these results were somehow biased by the general state of emergency beginning of last year. Also, the lack of comparable experiencences both for senior management as well as for tutors flattens the responses of both groups to nearly the same percentages. Both thought to be well supported.

With a clear comparison at hand (during the second wave) another reality was taking on shape. The responses on the quality of support of October 2020 are very different and far from being unified. All over still 43 percent of respondents state to be well supported, around 35 percent were not. Very similar to the first wave, but the devil lies in the detail: This is where the institutions’ staff split into two separate habitats. In senior management 70 percent think that their institution and its Covid-19-plan were robust for the long term. 12 percent did not. On the other side of the spectrum the majority of the lecturers (42 %) thought their employer NOT to be ready! Only 38 percent stated the plan to be robust. Gig-tutors with short term contracts were the least convinced.

It becomes clear that the vision, the strategy or the general culture of academic institutions did not include all stakeholders in the same way, nor was trust or freedom for innovation shared with everybody to the same degree. The build-up of an agile foundation with a culture of responsibility, on which organisations can reap trust in times of emergency, did not happen. Nor in “times of peace”, nor during the storm. Academic organisations do appear divided and lacking hybrid collaborative teams, ready to face transformation. The tools were maybe put in place, the spaces possibly arranged for Work-from-Home or Work-from-Everywhere, but the trust culture to underline everything seemed to be missing.

also read  on living in uncertainty

Welcome to the real world

Tutors in the report talk about working in a continuous process of improvisation, of perpetually changing goalposts. The world we all know, that of today. An environment of total and perpetuel transformation in which a company, a school and a human being needs to apply new specific skills. Old ways of “daily nonsensical, evermuting and ceaseless internal communication (cit)” do not work anymore in such a world. Hybrid teams of digital expert tutors could be taking over, organizing “Sprints” as in SCRUM or approach problem solving with KanBan. There are no limits as long as everybody is transparent and responsabile. Some staff seemed to be ready: “If we had been given more freedom to innovate and if those who had expertise had been allowed to lead. It is really discouraging to know we could have done better (cit).”

Academic institutions will need to embrace more agile approaches, get organised with less hierarchy, but complete transparency. In universities where fertile grounds of innovative approaches were created tutors say that “students have been much more ready to contribute to weekly online discussion boards. This has allowed me (tutor) to see their level of understanding of the topic at an individual level. This has been a terrific improvement (cit).”

Another example: Similar to real businesses applying a project based approach, innovative business tutors saw enhanced results from meeting students on Microsoft Teams, or Google Workplace to discuss their assignment. The possible inclusion of other cloud based applications such as Miro or Asana for collaborative work, explanations and development could link teaching and learning directly to a contemporary way of doing business, be it in an office or in distributed work practices.

The price is right

We have regularly read from student representatives, as well as professors that tuition fees should be lowered during these special times. They mentioned that prices needed to change as the offer was now only delivered remotely and online. One can understand and probably agree with the arguments supporting such cuts, especially when looked at from a monocular service and experience perspective. For quite some time now, academic institutions are rather proudly mentioning the student or learning experience they are delivering. Education has become a service, but its business model has unfortunately not yet made its way into the service industry.

It is somehow very interesting to see how more than half of the respondents (52%) disagree with a possible fee reduction. For senior management these numbers are even higher (72%). The arguments for the non-reduction, on the other hand, are mainly based on the sheer amount of effort and time that academics have put into the online switch. Others explain that online delivery of higher education would not be cheaper than the usual delivery in logis. It is all about costs! No argument is about students having a similar or even augmented experience or of an impeccable service even at a distance. The university’s main (but untold) reason for rejecting a possible cut on tuition is a silent admission to an unsolved dependency. Academic institutions are hooked on a business model of a bygone era, clearly focusing on reducing costs, rather than finding innovative and radically new revenue streams.

To be honest, the feedback in the report is good. It is clear that universities did what they could in an unprecedented situation. We all somehow still do. But, we are still human and will therefore always try to make things work, even if it means to overlook the bigger picture with clear facts. “Online teaching demands much more clarity of task and time for students. It has to be better! You cannot get away with poor quality teaching interactions online (cit).”  During an interview in 2014 I mentioned that the biggest mistake one could make these times was trying to get away with being lazy. Seven years later this is somehow still true. 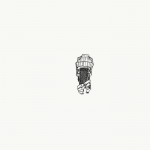