on not keeping quiet

We are living times of continuous augmented irritability (“Die Grosse Gereiztheit”, Poerksen, 2018). Doom Scrolling, profound insecurity and perpetuel disruption are our daily companions. With this last year of mostly working from home and big chunks of our days spent on Zoom, nerves are lying blank and differing opinions or radical ideas are far too often taken in as complaints or criticism.

Opinions are not always criticism

As a starter, voicing one’s ideas or opinions is crucial. Listening to and acting upon them probably even more so. Earlier this year Walt Rakowich wrote on HBR that the ideal manager would respect and listen to colleagues. He said that she would communicate honestly, adjusting her opinions when confronted with new evidence. Finally that the manager would make decisions that strengthen the organization rather than her own position.
He proposes different steps on how the management of a company could reduce their arrogance and its underlying partner, fear (Rakowich, 2020).
I try to have “lunch” with an employee (not C-level) at least once a week. Neuroscientists have found that we can all reduce our fears by simply talking to each other. Especially in these socially distant times, a healthy meal delivered to the employee’s apartment, organised and paid for by me, just to have a friendly and informal “lunch phone call” (no cameras while eating, please) is massively opening up new channels. It is all about giving people the attention they deserve. To give them a space to state and explain their thoughts, ideas and complaints. It’s a gift that also builds goodwill and true innovation. Not only does it pay off over time with easier conversations later if things get stressful, but it subtly changes the frame of reference (Rakowich , 2020).

The least preferred and thyself

Fifty years ago, psychologist Fred Fiedler made a fascinating discovery. He made a survey with employees asking them to describe their “least-preferred coworker” with scales from “hostile” to “supportive”. Some derided their least-liked colleague with every harsh adjective they were offered, others offered a more nuanced and tempered view. The surprising finding was that the magnitude of the criticism had more to say about the respondent than their coworker (Grenny, 2017). To this day, the Least-Preferred Coworker instrument is a reliable way of inviting prickly professionals to unwittingly self-identify as those who are most difficult to get along with. So, when one thinks everybody is always complaining, it is much less about what these others are actually doing and more about how one lives with the mentioned arrogance and its underlying fear.

Fear of group-thinking and missing out

Let’s assume for a second that a managing team of a company always obtains consensus and that nobody is complaining. What is the chance of “groupthink” to be an inherent presence?
Generally, the vocabulary we use to describe groupthink reflects some kind of moral judgment. It is partly related to social pressure. We too often yield to the thinking of the majority out of fear of retaliation. Out of personal experience, if you oppose group consensus, you will encounter first a lack of understanding, then annoyance, and , finally, ostracism. Whatever form retaliation may take, those who fear it keep quiet in order to avoid it (Sibony, 2019).

Silence is surely easier to deal with and decisions may be unanimous, but often void or a big mistake. If each member of staff refrains from raising concerns and doubts that, if expressed and considered by others, could have changed the collective equation. Immagine that innovative ideas or radical thoughts, held by only some members of the team, are not shared out of fear from retaliation. They therefore carry less weight in discussions and finally decisions. Everything ends up focused on the shared, often biased unbold viewpoints, supporting the group consensus and foremost the boss’ ego.
Not the most fertile ground for agile and innovative decisions to be made and the most promising talent to be acquired. Unfortunately a rather sad reality for a lot of employees and managers day in and day out…

Illustration after “You Could Have It So Much Better” album cover art, by Franz Ferdinand in 2005 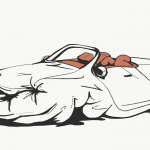 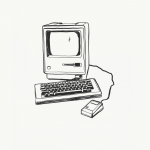 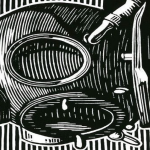 on the bauhaus way of life