We are starting to approach the great Finale of the Covid-19 series, season 3. After two cliffhanger-endings in Season 1 and 2, the writers are not looking for a happy ending, but at least to reduce the drama. Solid information is finally published, allowing us a first attempt at understanding what was, and what is going on. We start to be able to lay the baseline in order to predict multiple stories of a possible tomorrow.

I have been bored and worried by the numbers, news and stories, in the telly or the written press, these last months. Everything seemed to be a virological, a medical or an economical problem. Very few were the attempts to take on a sociological or psychological point of view. Even less did the main outlets talk about education, the youth and the multiple, deeply felt issues this pandemic has brought on them. If these subjects were covered, it was, as pretty much everything, through the paradigm of technology and the use of machinery, data and AI.

Fake news, facts and often contradicting official communication were regrettably presented and consumed as “the same”. This further enhanced the already vastly growing trend of conspiracy theories and anti-democratic thoughts.

There was also the old, never ending and jaded discussion on how to get back to economic growth, how to get back to full-employment, how to get universities back to normal et cetera.
In general it is still about how to get to the “pre-corona-world” as quickly as possible. Of course a bit greener, with a little more diversity and equality, but basically the same as before. Radical ideas for a new world are unfortunately rather seen in extremist fringe groups, as where innovation and progress usually are to be found.

From Omega to Alpha

For a few years now I, a Gen-Xer, have shared my life with a Millenial and her two Gen-Alphas: An everlasting Scream-ager, me, with a group of Screen-agers, two of them digital-natives. A contemporary family offering the opportunity to see the world in multiple perspectives. An appreciated kaleidoscopic point of view, through which we have all seen other things these last months:

I have, for example, read that birth rates in the “old world” might drop significantly due to the economic recession following the flattening pandemic. As a matter of fact, data from late 2020 and early 2021 suggests that despite hopes (or jokes) of a baby boom due to the lockdowns, precisely the opposite happened, at least in nations like France or the United States (Nordstrom, 2021).

also read  on a stairway to new

My partner has read that in just under ten years the human population is expected to be close to nine billion. Around the same time the first batch of generation alpha will reach adulthood, while the world will also have the highest ever proportion of people aged over 60. Statistical language to express that our now 10 year old will bear the burden of the biggest ageing, retired and costly population that has ever existed in human history.

The youngster has read that in more or less four years from now his club of generation Alpha is expected to reach two billion members. That is roughly the entire human world population of last century’s fifties, after two world wars.

We have also been made aware of global warming, dying oceans, burning forests, as well as Fridays for Future.

And they shall not teach… but learn from the kids

These discoveries and the following discussion over dinner have filled our evenings with profound questions, to which I do not have the slightest clue of an answer. Precisely because of my ignorance I refuse to be pessimistic. According to Mark McCrindle, a social researcher from Australia, our kids (GenAlpha) will surely delay and most likely radically change standard life markers such as marriage, childbirth, and retirements (McCrindle, 2015). I understand that they will live longer and have smaller families (ibid). I know that they will be the most formally educated generation ever, the most technology-supplied generation ever, and globally the wealthiest generation ever (ibid).
Every time I look at or listen to the kids, I am reminded that we need to stop telling them to get their shit together. We need to quit asking them to become like us or to believe in our obsolete systems. We must stop focusing without halt that they are the leaders of tomorrow, while forgetting that we are the leaders of now. It is our responsibility, probably our fault, surely our chance.

This article is based on our newsletter “thoughts&coffee” published on 11.06.2021.

want to get our thoughts in your mailbox every Friday SUBSCRIBE 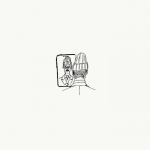 On doing the right thing 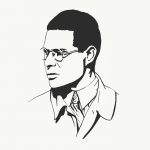 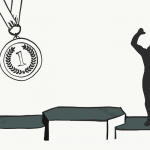